The Problem with Rats

No-one knows how many rats there are. But a recent estimate by a government scientist put the number at 10.5 million in Ireland. That number of rats would eat about 210 tonnes of food every day and contaminate with faeces, urine and hair very much more than that.

Rat numbers may be increasing because of recent less severe winters, more of us providing food for wild birds, and inadvertently for rats, in our gardens and parks, fewer Local Authorities offering services of free rodent control, and the spread of rodenticide resistance.

Norway or brown rats (Rattus norvegicus) are the dominant rat species in the UK. They infest urban and rural environments alike, including domestic and commercial premises, refuse tips, waterways, warehouses, farms and other rural enterprises. Norway rats are also often found living in sewers and drains.

In urban areas, rats do not normally move great distances, but this is not always so on farms. To find food, water or safe shelter, they have been found to travel more than two kilometres in a night.

This degree of movement can be an important factor in the spread of the problems associated with rat infestations.

Problems caused by rats can be divided into three main areas:

These problems are fundamental to the need to control rats both on farms and in rural areas. None of them can be ignored.

Rats play an important role in the spread of many diseases. These are transmitted both to humans and livestock via rodent urine and faeces and by parasites carried by rodents. Research conducted at the University of Oxford has shown that 63% of rats caught on farms carry cryptosporidia, 35% carry toxoplasma and 14% carry leptospira. The full results are shown in Table 1.

The disease cryptosporidiosis is a form of food poisoning. It affects humans and domestic animals, particularly cattle. Rats on farms carry this disease and contaminate cattle feed with their faeces. This leads to infected cattle dung entering watercourses from which drinking water may be extracted. Human symptoms are abdominal cramps and diarrhoea. There is no specific cure and in otherwise healthy people these symptoms last up to four weeks. In 2011, there were almost 3000 reported human cases in the UK, although this figure probably greatly underestimates the real number of cases.

Toxoplasmosis is a parasitic disease found commonly in humans and animals. It is passed from rodents to cats and then on to humans. Some 7-35% of people have been exposed to the disease and most experience no ill effects. However, it may have very serious effects in pregnancy and in those who are immune-suppressed. An Irish study showed that some 13% of children were infected with toxoplasmosis, the vast majority of whom were symptomless. About 400 human cases are reported annually in the UK and surveys indicate that voluntary laboratory reports underestimate the level of infection.

Rats carry one of the most virulent forms of leptospirosis (Weil’s disease) and transmit it to humans, either directly through their urine or by contact with urine-contaminated water. Leptospirosis is an occupational disease of those working in rat-infested environments. In 2011 there were 17 cases reported in Ireland. Many more are infected but recover. Incidence levels are expected to increase following flooding.

Other strains of leptospirosis are also transmitted by rodents to many domestic animals including cattle, pigs, horses and dogs. The disease causes major economic losses through adverse effects on growth and reproductive performance. In dairy cows it can results in reduced milk yields, causes abortion and affects fertility.

More details of diseases carried by rodents and transmitted to man are available from: Health Protection Surveillance Centre

More details of diseases transmitted to animals by rodents can be found here: DAFM

Rodents will consume virtually any foodstuff intended for humans and domestic animals. They eat about 10% of their own body weight in food every day and this causes substantial losses to valuable food production wherever rats are present.

A single Norway rat passes about 15ml of urine and produces 50 droppings every 24 hours. This rodent filth is deposited at random wherever rodents live. Stored products and other foods contaminated by rodents is no longer considered fit for human consumption. It must be either cleaned at considerable cost and used for animal feed or destroyed. The value of losses caused by contamination always far exceeds the value of the food eaten by rodents. One study found that 70% of a tonne of wheat had been spoiled by 10 to 26 rats during a 12 to 28 week period of infestation, although only 4.4% had actually been eaten.

Damage to property and materials

Rats cause considerable damage to property and buildings. They are able to gnaw all kinds of materials including wood, plastics and even some metals. It has been estimated that the most significant economic damage on farms comes from the gnawing of electrical cables. This is said to be the cause of 50% of farm fires and causes the breakdown of all sorts of electrical equipment, such as grain dryers, egg conveyors and lighting systems.

It is estimated that rodent pests cause up to €100 million of damage in any one year in these islands. 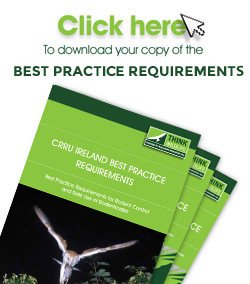